Eat vegan and vegetarian in London 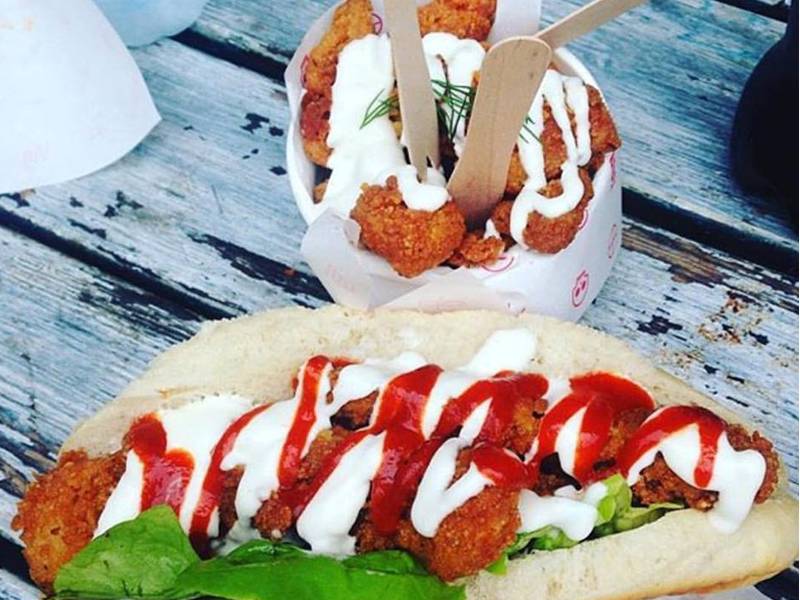 The latest news which comes from the British capital is about 100% first entirely veggie fried chicken shop.

In fact, in January 2017, says Rebecca McGuinness, one of the founder of Temple of Seitan, London will finally open its first all vegan fried chicken shops, serving fried seasoned seitan instead of chicken meat.

Even if it sounds a little strange to call it “fried chicken”, you will notice that seitan is very tasty and can be appreciated by anyone (vegans and not).

So, vegans will be very soon able to taste their “fried chicken” together with carnivores, because their dream is coming true with these next opening shops.

However, as name suggests, Temple of Seitan will use seitan instead of real chicken meat for its dishes. Seitan is, for those who ignore it, a meat-substitute made from wheat powder. So, in order to come near, as much as possible, to the flavors of meat, chefs will season it with different seasonings (salt, pepper, sauces…) and finally they will all fry it.

This city is rapidly getting vegan as days pass. There are plenty of cafes, restaurants, shops, pubs and moreover where going eat vegan. It is very easy being vegan in London!

Temple of Seitan will be a great reference point for the vegan community and not only. The UK is very lucky to make it possible this new brand is already plenty of fans, who are going crazy for its crispy veggie flavours!