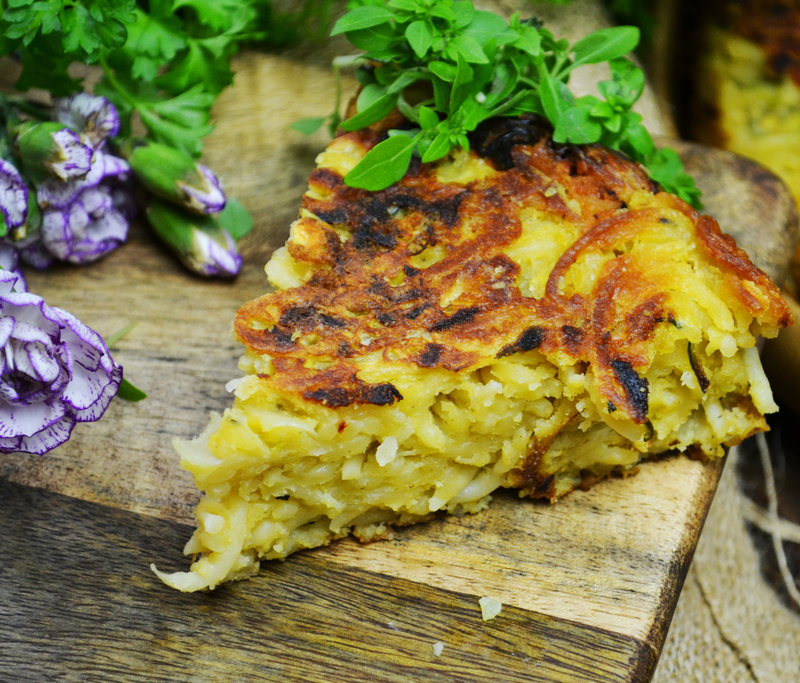 My grandmother always said that we should never throw food away and that, with left – overs, you can prepare something new and incredibly good. Since I was a child, I have been trying to follow her advice, so with a little fancy and a bit of willpower, everything can be prepared in the kitchen.

One thing she often prepared was the omelette with pasta left – overs of the day before, but, since she used to put eggs, I thought about a vegan version, replacing them with chickpea flour. I always use this flour, which in addition to its delicious flavour, has also many benefits: for example, it is gluten free, it is rich in fibres and therefore it fights constipation, it is a great source of vegetable proteins and it is particularly nutritious.

I prepared this omelette with yesterday’s lunch spaghetti: I put some golden onion, chopped courgettes, dried tomatoes, a dense and tasty batter to make it crisp, but tender at the same time. This dish is wonderful and no one would believe that it is created by the combination of food left – overs with other ingredients. As the philosopher Empedocles says: “Nothing is created or destroyed, only transformed”.

Ingredients for about 2 people: 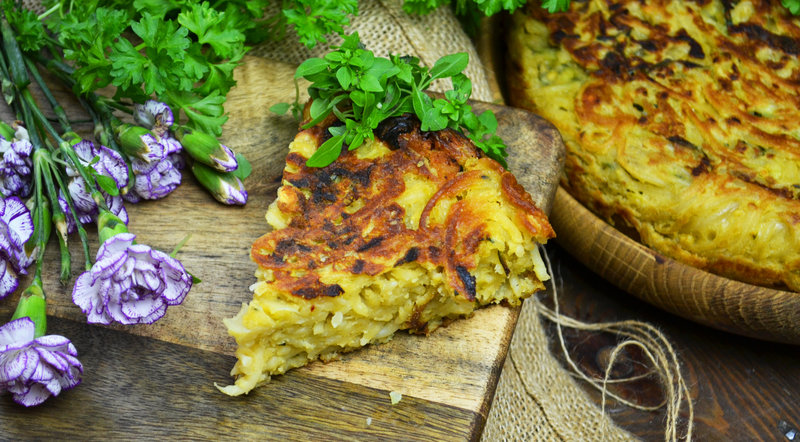 “Be the change that you wish to see in the world”

Some of my favorite product: