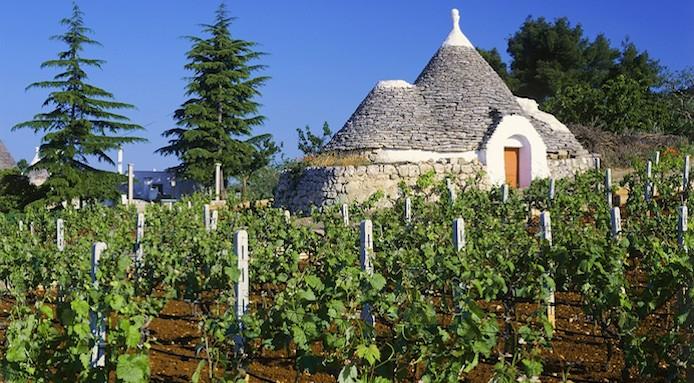 Apulia is one of the most beautiful regions of Italy. It is famous worldwide for its sceneries, its sea, and its generous and rich land. This southern-Italian region is also well know for its productions and abundant kinds of food.

It seems that today Apulia has reached another important record. This region is the first in Italy which was enabled to produce Vegan wine, in other words, without using any animal derivatives in the production process.

The reason that all wines are not Vegan friendly has to do with how the wine is made. Wines contain some “fining agents” which, such as casein (from milk), albumin (from eggs), gelatin (animal derivation), and so on, which “help” to self-stabilize and self-fine wine.

This wine was launched few days ago at ProWein in Düsseldorf, an important international event in the sector. The vegan wine has raised great interest curiosity and this makes Vegans enormously proud of.

This new trend, which avoid animal-derived elements, confirm that is has been going on from several years. Apulia is a region in which more and more natural winemaking methods are well increasing.

In the future it is likely that this trend will intensify more and more, and maybe most companies will turn traditional production into a more vegan and sustainable one.

It is such a good news, one that deserves a good  glass of (vegan) wine to make a toast! Cheers!